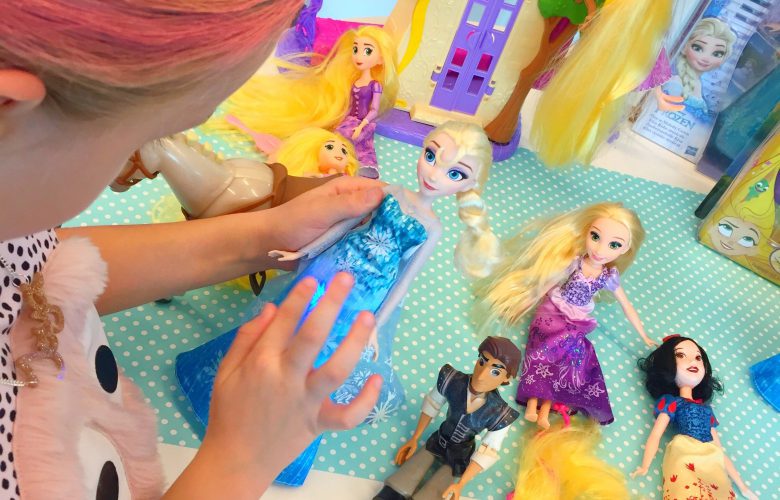 Yesterday was the Hasbro Press Day at Hasbro HQ in Amsterdam and we were invited, YAY!

Despite it only being early September the entire Hasbro Benelux office was in full Sinterklaas mode! For those of you who don’t know who Sinterklaas is: he is the Dutch Santa Claus! He arrives every year on a boat from Spain to surprise children with gifts on december 5th! He has many helpers (the Pieten) and a few of them, including a lovely rainbow coloured Pietje, were also present at Hasbro yesterday! That plus all the yummy Dutch Sinterklaas candy (like pepernootjes, speculaas and chocolate coins) made this day a real treat!

Joya with her Play Doh masterchef hat and a sweet rainbow coloured Pietje!

One of Joya’s favourite things yesterday: the huge Play Doh table! With a fab view over Amsterdam!

Who do you want to be today? Rainbow Dash, Pinkie Pie or Rarity?

There was also a room where you could get your hair done, like Rapunzel. But Joya already is like a living Rapunzel doll, with her super long braids, so she only wanted some pink and golden spraypaint in her hair.

Look at all the My Little Pony movie merchandise! The mermaid ponies are so cool! Definately on our Sinterklaas wishlists!

The brand new Star Wars Forces of Destiny line of dolls is inspired by Star Wars heroines! They all look so pretty and fierce! Leia, Rey, Sabine Wren, Jyn Erso and Ahsoka Tano! These action figures / dress up dolls are true #girlpower!

Joya’s absolute favourite was this amazing Elsa doll! Her dress is also a keyboard and you can use the snowflakes on the dress to play your own music or use the guided mode to learn Frozen songs! This Play-a-Melody doll will be available soon and is really magical!

My personal favourite of all the new toys was absolutely Prince Adam aka the Beast from Beauty & the Beast! This doll is part of a gorgeous play set, including a Belle doll and a plateau where the lovely couple can dance on. But the best part of all is the way this handsome Prince can transform himself into the Beast with just one simple push of a button on the back! At first I was like “Whoaa!! What’s happening?!” and right after that I couldn’t stop laughing! Oh, how I wish I had this when I was a kid! By far the best thing I saw yesterday!

I bet you already know the Pie Face game! But what do we have here?! A brand new toilet game! Spin the roll of toiletpaper and flush the number of times that’s written on the roll. But watch out; it might flush water in your face!

So much cuteness! Fur Real! The little pup is Chatty Charlie, the Barkin’ Beagle! He has a lot to tell and his collar translates his barks into +80 different phrases! Supercute and cuddly!

It’s Hair in the Air Poppy! With a dress that lights up and has sound effects! You can bend her hair any way you want and when you comb it, lights will appear! Magical!

On the way back! A tired but very happy Joya with her new Blazing Team Battlespin jojo, which was part of the fabulous goodiebag she got to take home! Lucky gal! ~ OOTD by Bang Bang Copenhagen and necklace by From Nic Love! Jacket by Mini Rodini!

Thank you so much for having us Hasbro Benelux! We had a lot of fun trying out all these new awesome toys and meeting the first Pietjes of the year made this day even more exciting!

Take a look at the MLP website for My Little Pony the Movie previews and news! 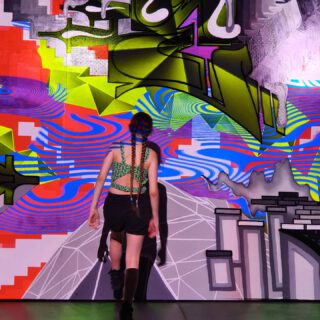 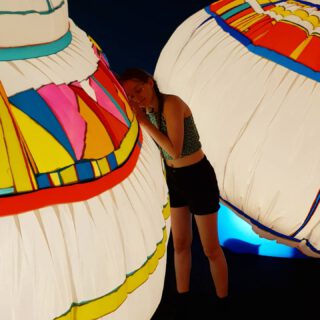 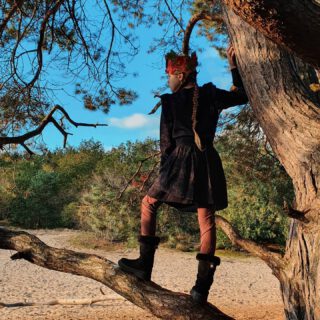 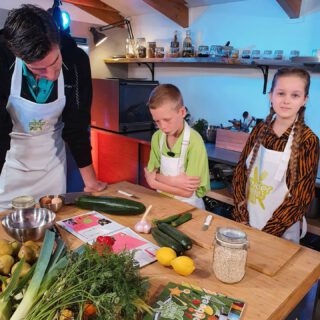